Abstract: Airwheel, as the leading brand in intelligent self-balancing electric scooter sector, pays special attention to developing and innovating new products. The recent-published Airwheel M3 electric skateboards has thoroughly broken the tradition and it is different from traditional ones in several aspects, including driving power, appearance and consumer base.

Skateboarding is a popular sport among young people. You will see many boys and girls playing skateboards and weaving in high streets and back lanes. In recent, Airwheel, the leading intelligent self-balancing electric scooter brand, has released a brand-new product-Airwheel M3 electric skateboard, which attracts lots of consumers. When it comes to the differences between Airwheel M3 electric skateboard and traditional ones, many people have no idea. Then, the following would like to share the detailed comparison between them.

Driving power comes very first. It is well-known that traditional skateboards mainly rely on physical strength to realize various controls, such as the Aerial, the Invert or the Ollie. Skateboarders will be exhausted after continuously skating for one or two hours. However, Airwheel M3 motorized skateboard is totally different. On the one hand, it is equipped with imported SONY lithium-ion battery that offers stronger power and longer service life. On the other hand, it is based on aerospace attitude control theory, fuzzy software algorithm and gyroscope system to keep itself balanced, which also paves the way for relaxing skating. For example, if skateboarders want to speed up, they only need to slightly lean their body forward. All in all, these two aspects largely free manpower. 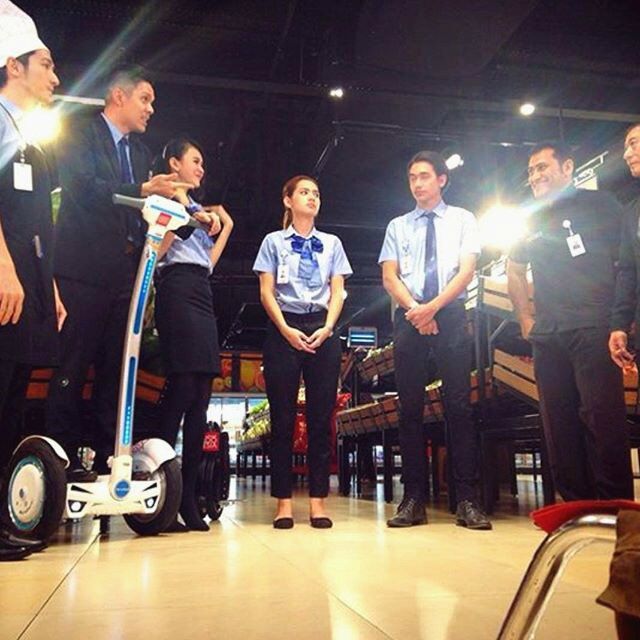 The last but not the least, Airwheel M3 electric drift hoverboard enjoys bigger consumer base than traditional ones because of its easy-to-skate and high safety features. The consumers of traditional skateboards are mainly young people. However, Airwheel M3 skateboard is designed for people from all age groups, even little kids and the elderly.